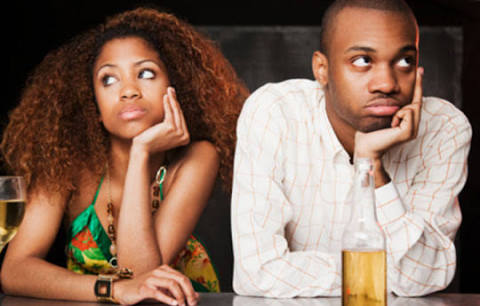 Almost, every mature girl has the ‘use and dump’ story to tell.

And to most of such girls, all men are just the same – sex hunters, sex-hunting strategists, liars and deceivers.

A girl comes in contact with a certain type of guy and it seems the kingdom of heaven has literally come – he’s practically a ‘sugar’, with his cute and very attractive physical attributes, his exceptional nice gestures and sweet talks.

The girl’s heart gets extremely stirred and her emotions catch fire for this guy.

Some of such guys can even be very good at pretending for a long time, that sex is not what he’s after, until one day one thing starts leading to another and he starts enjoying unfettered access to ‘the promise land’, out of the deep emotional loyalty that the girl has developed for him.

And all of a sudden things start falling apart! The nice exceptional attention and gestures are no longer showered by the guy as they were at the incipient stages of the love story.

And eventually the whole thing becomes cold, the LOVE PLANE crashes and the sweet journey comes to an END; and the girl is left shattered, heart-broken and ‘dumped’.

And this becomes ‘THE STORY’ (which every mature girl has to tell).

Maturity here refers to age 18+, although these days younger teenage girls seem to have ‘THE STORY’ the more.

Some girls have had different versions of ‘THE STORY’ severally, and some girls know about the experiences of other girls, yet they also fall victims of ‘THE STORY’; girls know that certain type of guys are deceivers and sex-hunting strategists, yet till tomorrow such type of guys will keep deceiving girls and succeeding in the strategies.

Although some girls by their instincts have the signals that certain relationships they’re about going into are ill-fated, yet they deliberately accept to go in just to enjoy the guy’s sweetness and the fun the while it lasts

One of the first things I often heard from several girls I’ve come across, based on their own versions of ‘THE STORY’, is that all guys are the same; i feel for such girls sincerely, and I feel bad when a guy mistreats a girl that gave him heart; while I know that all guys are not the same.

I like it when people have beautiful and enjoyable relationships. And that’s what inspires the writing of this article.

Below are three key causes of ‘THE STORY’ which girls experience in the hands of guys:

1. IRRATIONALITY AND MISPLACEMENT OF PRIORITY IN RELATIONSHIP CHOICES:

It is true that human eyes are bound to appreciate physical attractiveness (there’s a saying in my place that “attractive things and the eyes have covenant”wink, but you should use your head more instead of your eyes only, in your choice of a relationship partner. Get your priorities right and do not get easily carried away.

Good qualities of the inside are better and more profitable than those of the outside, and there’s more to a relationship than physical attractiveness.

I am not saying you should be dating ugly guys for any reason (I for one will not date a girl that’s not physically appealing to me). But what I’m saying is that internal qualities should matter more to you.

For a happy and durable relationship, look out for a real man; a man you can have for real. Such kind of men are scarce though, but you can get one if you really want to, especially if you deserve to such kind of man. I belong to the school of thought that believes people get what they deserve.

Permit me to be very frank here. Some girls become ‘cheerful givers’ when they fall in love with a fine boy. They tend to always open legs for such a guy in such a manner as if they’re under spell (although it is usually out of deep emotional loyalty developed for the guy, which he exploits).

A man will take a girl for what she’s worth. Sexual activities spice up a relationship and enhance intimacy, yes. But when it seems a girl is worth nothing more than the ability to open legs for a man, then any man will simply dump her when he’s full of sex with her. This is a very honest opinion and it’s simple to understand and not be misunderstood.

The saying is true that “overfamiliarirty breeds contempt”. No matter how deeply in love you have fallen and how carried away you are by his sweetness, no matter how much you want to offer him all of you just to deepen the love; do not be an all-the-time feature in his space. If you do, he will soon get bugged by you, and he’ll likely lose interest so soon.

Is It Normal To Have Sex Everyday?

New Relationship Advice to Have a Perfect Start

9 Relationship Stages That All Couples Go Through

About the Author: Thomas